Before I moved to Southern California, I asked some natives advice on where to live. They told me pros and cons of the major cities, but no one had anything bad to say about San Diego. The more time I spend there, I see why.

There’s a lot to do in this quintessential coastal city, and plenty to recommend it, whether you are looking for a place to land for a short time, or forever. As an LA denizen, I have taken the approximate three-hour road trip to San Diego many times to explore this laid back metropolis that calls itself America’s Finest City, and here are some of my favorite places to stay and dine.

An Island of its Own

While Coronado is not within the city limits of San Diego, this quaint resort island, located across the San Diego Bay, is definitely worth a side trip. Coronado owes its enduring appeal to the forethought of its founders who zoned the shoreline to restrict commercial businesses, such as taco shops or souvenir stands. While there was debate among residents when the 1.5-mile bridge that connects San Diego to the island opened the city to tourism, the island remains carefully developed and has avoided the rampant commercialism of many other Southern California beach resorts. 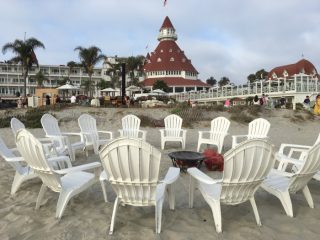 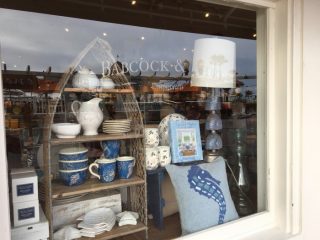 One of the main attractions of Coronado is The Hotel Del Coronado, a grand Victoria hotel built in 1887 which has been designated a California Historical Landmark. Renowned for its iconic red-shingled spires and the charm of its original all-wooden construction, this elegant and old-school luxury hotel has hosted generations of families, who come back year after year to celebrate its family friendly traditions. 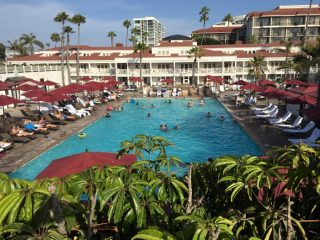 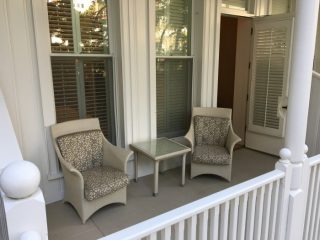 Its most famous attractions, besides its five-star restaurants, Olympic-sized pool and ocean front location, include an antique elevator with an operator in uniform, an enormous Christmas tree in the lobby during the winter holidays, along with an ice rink over the courtyard, and bonfires and s’mores on the beach year-round. The property was recently acquired by Hilton, but for purists who liked The Del just like its been for the last 130 years, everything has pretty much stayed the same, except for a few 2.0 upgrades, like the video wall behind the check-in desks and the swanky lounge music piped into the lobby. 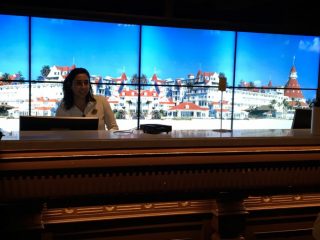 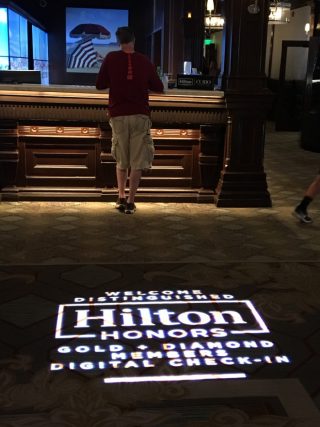 Also on the island is the Glorietta Bay Inn, across the street from The Del and overlooking the marina on the back side of the island. This hidden-in-plain-site gem offers a similar historical mystique to its more famous neighbor and in fact once served as the residence of the Del’s owner, John Spreckels, an ambitious and inspiring mogul of steamboats, ocean liners and railways. 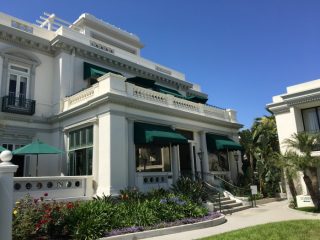 Spreckels left an indelible legacy with the masterpiece resort he built, and the Glorietta pays homage to him by preserving the original elegance of his home. The inn features a presidential suite, with its own elevator, that sits atop the original building with panoramic views of the bay, featuring a vista of swaying palm trees by day and the twinkling lights of the marina at night. While the historic touches are maintained, the rooms feature modern technology, such as a charging bank with multiple USB ports as well as an awesome hi-fi Wi-Fi Bluetooth speaker combo alarm clock. 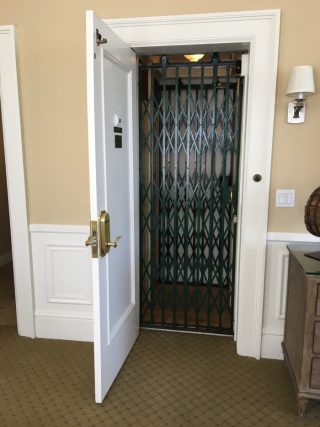 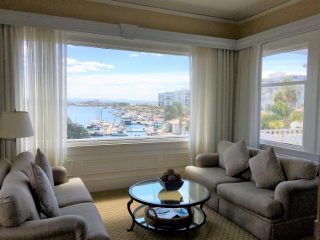 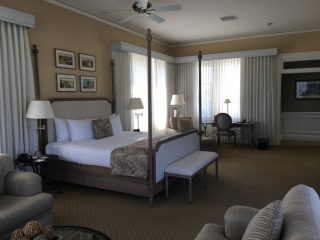 While the ultra-luxurious beds and other amenities offer visitors the comforts of home, the Glorietta is set apart from its competition by its small-hotel hospitality, such as the refreshing lemonade offered at check-in, a complimentary breakfast each morning to be enjoyed in the sunny courtyard, a kids’ game room and other communal sitting rooms, along with warm cookies and milk served nightly. 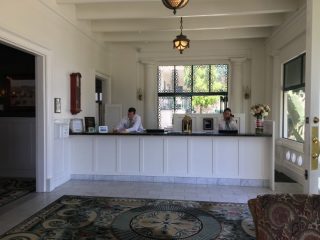 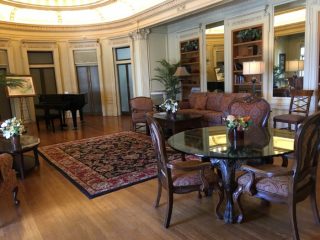 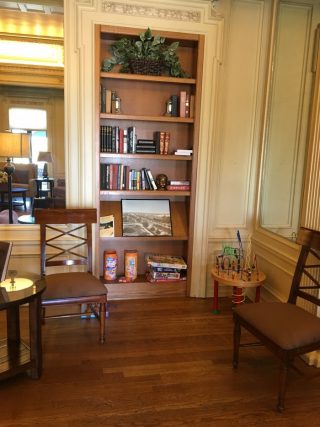 One thing there is no shortage of in San Diego is restaurants. Driving through the quarters of the city, there seems to be an endless collection of eateries of every persuasion. No matter what your tastes are, you can find a restaurant to suit your appetite. 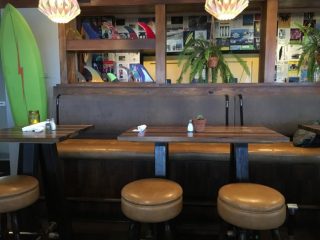 If beach casual is your thing, the OB Surf Lodge, located on the corner of Santa Monica Avenue and Abbott Street in Ocean Beach, offers everything you’d expect from a casual beach bar and restaurant. For starters, there’s the spectacular view. The dining room features large open windows overlooking the beach across the street, so diners feel more like they on a patio than sitting indoors. Some nights, the restaurant becomes front row to a free street show of fire dancers and Cirque-du-Soleil-like AcroYoga performers. 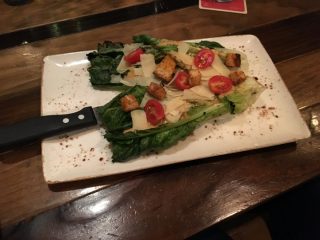 Despite the primo real estate, the restaurant does not rely on the draw of the sunsets to bring in patrons but also features a terrific menu of plenty of strong drinks and good food. 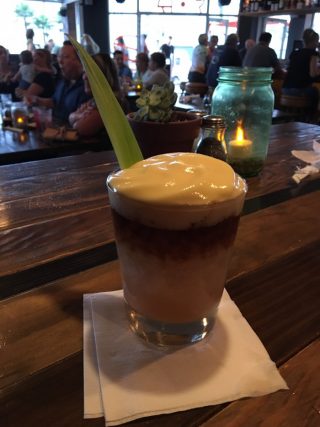 They are famous for their Swell Times Mai Tai, topped with a froth of guava foam. The hanger steak and grilled romaine salad are also popular, and for a big finish, the Chef’s Bread Pudding ‘Du Jour” is a regularly changing recipe. 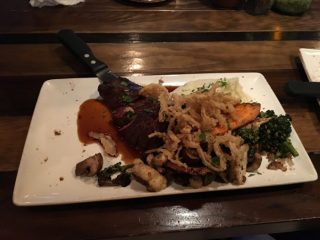 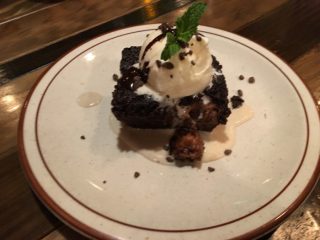 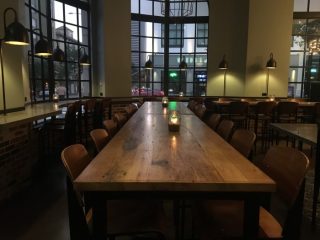 Named for its location at the corner of J Street and Sixth streets in the East Village, JSix features California Cuisine with Filipino influences from Executive Chef Anthony Sinsay. The modern, lofty space with vaulted ceilings and original brick walls lend a cool yet relaxed vibe, with a bar where the drinks are hip, fun and flirty, like the Designated Drinker cocktail of Greenmark vodka, aperol, lemon, vanilla, berries, and mint. 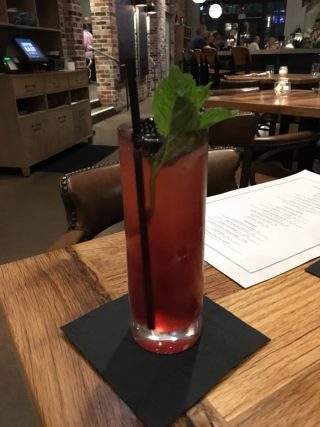 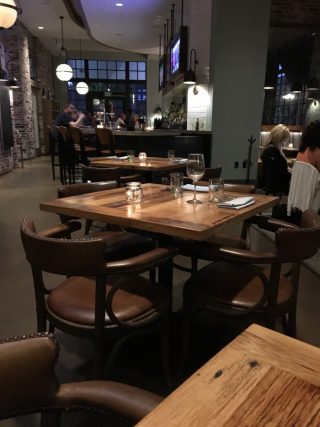 Chef Sinsay has created a menu of many of his favorite personal dishes like Lumpia Shanghai, Filipino crispy spring rolls served with a garlic chili vinegar – served on a homey floral “grandma plate,” wrapped in aluminum foil, in the fashion of street vendors in the Philippines. The chef makes food into works of epicurean art, like the local melon and prosciutto, decorated with tiny edible floral garnishes and farmer’s market melons, with speck, burrata and espelette. 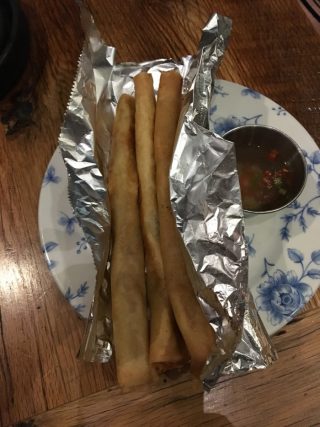 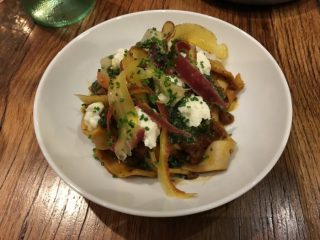 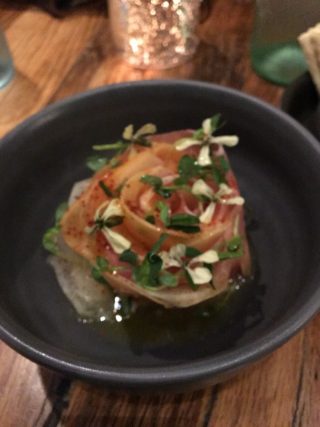 Sinsay says he is writing a book about his culinary arc, from first believing that his Filipino culinary heritage was not “good enough.” Luckily, Sinsay didn’t get discouraged and continued to hone his Filipino recipies, adding his flair and attitude, to create a dining experience one does not have to travel half the world to enjoy. 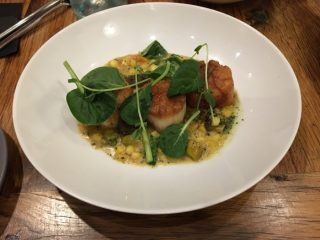 A major attraction of San Diego is its hospitable climate, making the city and its surrounding area ideal for all manner of outdoor recreation. Visitors who want to take full advantage of the year-round moderate temperatures and sunshine can enjoy a plethora of activities, including whale watching and sailing; bike, kayak and other adventure tours; yacht cruises; nearby theme parks including Knott’s Berry Farm in Buena Park, Disneyland in Anaheim, LEGOLAND California in Carlsbad, and SeaWorld (which I have forsworn because of the animal shows, but they do have some great rides); a hot new adrenaline park; pick-your-own strawberry fields; horse racing at the nearby Del Mar racetrack; museums and the San Diego Zoo Safari Park at Balboa Park; and shopping at Seaport Village. The city makes the best of its natural amenities, providing a fine way of life for those call it home and offering visitors many fine options for adventure, earning the city its deserved moniker as one of California’s (and one of the nation’s) finest.